This could be a long one. Do your best!

It’s difficult to make respectable revenue making great content for children. The truth is that most parents (I know, not you) don’t spend a lot of time thinking about the content their kids are consuming. Life is too busy, stress is super high, and their kid has control of a personal device and is quietly tapping away over there on the couch. A parent is desperate for a bit of peace to make a meal or answer those texts from work. In one bit of research I was part of, more than one parent said that if Apple or Google trusted enough to have an app in their store, it was good enough for them. They didn’t even think about the potential danger of letting algorithms like YouTube’s recommendation engine, and the scammers who game it, access their child’s curiosity. Parents, and pretty much everyone else, prefer free content to shelling out 2 or 3 bucks or more for something they think they can get for free. Very few parents (and clearly a lot of IT experts) are technically literate enough to secure and lock down devices.

Except people usually don’t work for free. Expertise, craft, making appropriate but engaging content takes experience and effort. In the dusty past (before the internet) it was very difficult getting content in front of kids. The gatekeepers who created television, books, movies, etc. provided multiple levels of vetting to make sure that the content was suitable, and while it slowed the process, and as a result was expensive, it maintained some kind of standard. We can debate if those standards watered down or contained bias, but my point is that someone controlled the process of production, and usually paid for that development. When creation tools became obtainable by virtually everyone, and global distribution essentially became close to free, it was easy to predict that the result would be a lot of crap. But the extent of the crap mountain out there has shocked everyone, and clearly the money to be made by lowering those standards is significant. It got more difficult for people who want to make good content to survive financially, because without a reliable system in place to help creators get paid and possibly make revenue, and a willing audience to pay for it, jobs, careers, departments and channels vanish into thin air. Again, I’m not saying this is totally negative, because eliminating the barriers and cruft of the old model provides a lot of opportunity to people that otherwise wouldn’t get in the door of these places.

Content targeting kids was just ripe for people seeking that magical exponential startup growth model. Except in a world of cheap access and unenforceable standards, developers are monetizing kids, and usually selling either their data or eyeballs to advertisers, or even worse. We know how this story unfolds, because it’s how social networks have grown so massive: provide free access to an interesting, addictive thing, sell the resulting engagement to those that will pay for it. Keep that machine fed and squeeze more money out. Producers get paid if they can make something kids will engage with, at the expense of, well, the kids, because those ads and that content aren’t exactly scrutinized up front with developmental rigour, though companies like Super Awesome are trying to provide alternatives for filtering advertising. Producers who have revenue growth as the main goal make content that reflects the business model. The FTC occasionally enforces COPPA, or children’s privacy rules, against YouTube, TikTok and others, and companies like Apple are working to lock down children’s app developers, restricting third-party tracking and advertising that targets kids. It’s like we’re reverting to the public television model, except there’s no up-front financial incentive to make the content, and certainly a limited expectation of profit.

This is not a revolutionary idea, but is it too much to ask that parents pay for a good app or book or piece of music? That they reward the work that people put into their craft, making something so cool that kids play it over and over again? You’re not just paying for the great experience; you’re acknowledging that the people who worked on it have your child’s safety and growth in mind?

I’ve watched a lot of good people stop making things, because they couldn’t find a way to pay their bills without compromising the trust they have been given by parents and caregivers. I’ve also watched more than a few organizations try to build channels containing great content, only to crash into the rocks of outlandish revenue expectations or indifference from parents. If parents start by paying attention to what their kids are doing, it might lead to paying talented people for their work.

Let me know what you think, I’d love to hear from other developers.

(Some of our work from various fun projects) 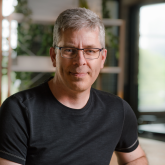